Back in 2005 I met Yseult Digan, a French film director, street artist and music producer from Paris. Yseult contacted me because she was looking for protagonists for a documentary project about empowerment of female New Yorkers in urban subcultures. For 2 years, she went back and forth between Paris and New York to follow the lives and works of 7 New Yorkers including myself, shooting and editing sequences until completion of her project in 2008.

The film is titled ‘New York City Girls’ and was selected at RAKKAUTTA & ANARKIAA festival which will happen this month in Helsinki (09/17-09/27). I pasted the synopsis and trailer below.

Often, the urban said scenes are predominantly male occupation. The ”street” was considered for a long time as a dangerous playground where girls were excluded. Today, we fi nally see young ladies who by means of work and perseverance offer quality propositions and new approach of their discipline.

”New York City Girls” is a journey in the heart of the city. Through several portraits of women living in New York, we discover their respective universe; graffi ti, skateboard, breakdance, handball, bike messenging, fashion and music. Far from the feminist demands, those young followers of urban culture live their passion simply, without asking the question of a possible legitimacy of gender other than their talent.

Beyond the cultural aspect, ”New York City Girls” is also a social documentary; Due to the diverse cultural background of the characters, this film is a eulogy of social diversity. These women are the emblems of what is New York today; A cosmopolitan city where the cultures meet and exchange to create a new lifestyle.

One thought on “NEW YORK CITY GIRLS at RAKKAUTTA & ANARKIAA” 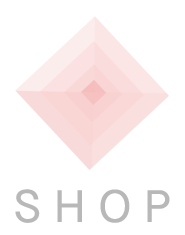